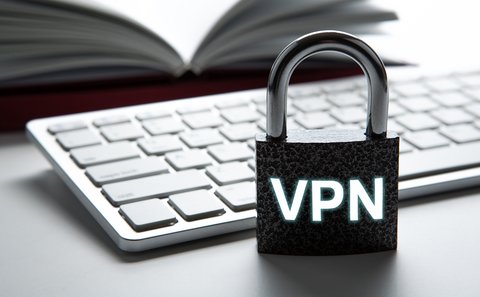 VPN is a “Virtual Private Network” it encrypts your internet traffic by building a secure tunnel and helps protect your online identity.  The banner shown below will be RED if your connection is currently unprotected.  It will be GREEN if you are securely covering your tracks with VPN.

What Is The Point Of A VPN?

When you access websites on the internet, requests are sent through your internet service provider (ISP). As you surf the internet, all of your traffic is passing through the ISP’s servers allowing them to track, log and potentially monitor everything you are doing online. In some cases, your surfing ‘logs’ or histories may be handed over to the highest bidder, including ad agencies. AD agencies aren’t the only ones though, government agencies and other third party services may also be able to obtain your history.

How Does A VPN Work?

VPN prevents the above from occurring by sending your internet traffic through a remote server (locations all over the world). The VPN hides your IP address because your traffic will show it is coming from the VPN server, versus your ISP provided IP address(es). VPN also encrypts the data tunnel on everything you send and receive. It is impossible, with the ciphers offered, on VPN for the data to be intercepted. See [Server Locations] for server counts and countries currently available.

When you are connected to your VPN, all of your data is encrypted and your IP address(es) are masked, showing your traffic is coming from the selected region VPN server you connected to. This prevents data collecting ISPs, cyber criminals and government agencies from gathering data on you.

Since VPN servers are available for you to connect to worldwide, you can also avoid ‘country’ or geographic content blocks. If something is only available in Great Britain, for example, you could connect to a VPN server in the UK and the site using geo-blocking would not know any better, allowing you to view the content.

I Have Nothing To Hide…

So you might be saying to yourself…  “I have nothing to hide, why do I need a VPN?”.  Well, simply put … Enhanced Privacy! We’re not saying your ISP is tracking your EVERY move, but many ISPs do collect anonymous browsing histories and have been known to sell this data.

Who Is VPN Best Suited For?

Addition Information For Those Who Use ‘Free’ Public WIFI:

If you use free WIFI at stores, your favorite coffee shop, even friends houses … Did you know the owners of those networks have the ability to also monitor activity?  A cyber criminal can sit in a coffee shop (for example) with a laptop and less than $50 of hardware and sniff your wireless traffic, even setup a fake WIFI hot spot in hopes you’ll save them some effort and connect to the fake ‘wide open’ free WIFI they are offering.

VPN protects you in these types of environments, even if a bad actor was able to intercept your traffic (which is fairly easy to do on WIFI with a couple of cheap pieces of hardware and software easily found on the internet), with the encryption layer on the VPN tunnel, the snooper will not be able to decipher it, in turn protecting your surfing activities and password transmissions.

A VPN encrypts your internet traffic and hides your IP address making any tracking extremely difficult. It erases your online footprint and provides ISPs no useful data to track.  DNS Texas has partnered with PIA to offer this service.  Our staff uses the service daily.  There are many mixed opinions on VPN, sometimes getting into debates that are almost political, so certainly make your own choices.  We do, however, recommend PIA based on our own experiences.

PIA Features At A Glance: